Kathmandu: Ang Rita Sherpa passed away on Monday, 21 September at 10 am at an age of 72.

Who is Ang Rita Sherpa?
Ang Rita Sherpa was a mountaineering legend. He was popularly known as ‘Himchituwa’ or snow leopard as he ascended Mt. Everest 10 times without oxygen supplement. He was born in Solukhumbu district to a middle-class family. He was considered a giant in Nepal’s mountaineering.

The mountaineering legend breathed his last at his daughter’s residence in Bauddha, Kathmandu. He suffered from brain stroke and liver disease. This was stated by former President of Nepal Mountaineering Association, Ang Tshering Sherpa. He had suffered a brain stroke in April 2017 and had undergone treatment. ‘NMA’ Nepal Mountaineering Association Kathmandu was bearing all the treatment costs. His health condition worsened further after the death of his eldest son in 2012. He was awarded a prestigious Guinness World Record certificate for the most number of successful ascents on Mount Everest without oxygen mask. Sherpa came into fame after making most ascents of Mount Everest i.e. climb Mount Everest without oxygen ten times in 1996. He reached the summit of Mt Everest eight times via the Southeast ridge route. 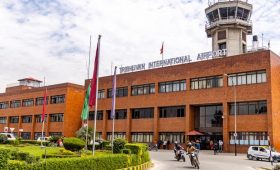 Tribhuvan International Airport to open for only 14 hours 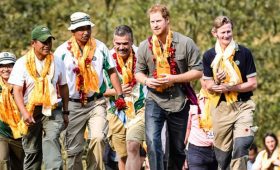 Prince Harry extends his Nepal stay for another 6 Days 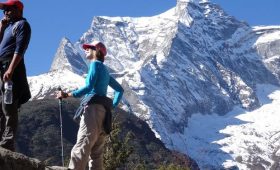 Trekking in Nepal open from 17 October