Is Annapurna base camp open?

All those involved in tourism in the Annapurna sector from hotels to lodges are hopeful and they are working hard to provide the best services to trekkers as in the past. At present about twenty-six hotels and lodges are serving the trekkers on the Annapurna trail with ten more hotels were to be added but wasn’t possible due to Corona. It wasn’t a long time back and just about four decades earlier, trekkers have to stay at sheep pen or small huts. In 1986 ACAP (Annapurna Conservation Area Project) was established in order to protect the fragile landscape and environment of the Annapurna region. It was around the 90’s when hotels and mountain lodges were opened up to serve the trekkers.

It has been recorded that over 80,000 trekkers from Nepal and abroad trekked the Annapurna before the pandemic in the previous year. During which time Annapurna Sanctcury tourist festival was also celebrated but stopped for two years due to Corona. Trekking to Annapurna become popular after the might Mt. Annapurna was conquered. The mountain was successfully climbed by Maurice Herzog from France in the year 1950 on 3rd June. Mt Annapurna is one of the over eight-thousanders meters peak and after it’s ascent in 1950, Mt. Everest was also successfully climbed by Tenzing Norgay Sherpa and Edmund Hillary in 1953. In the year 1966, the world-famous traveler Eric Shipton trekked the Annapurna Base Camp situated at 4130 meters. It was after this time Annapurna Base Camp trek became one of the best hiking trails in the world. Nowadays you can get most of the continental meals in the Annapurna trek trail which wasn’t possible in the early years. ACAP also conducts training for the local lodge owners.

With the opening of the Annapurna Base Camp trek, it’s a positive step and to revive the tourism sector of Nepal which is the hardest hit by the pandemic. The world is opening up for tourism with certain measures to follow and Nepal should also not keep it’s tourist locations closed. 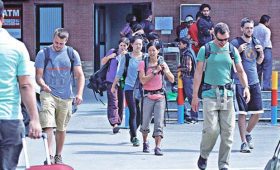 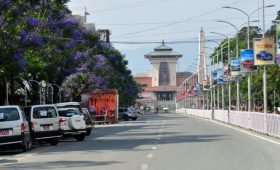