The main trekking route of Langtang is now repaired and truss bridge constructed by TAAN- Trekking Agencies Association of Nepal. Earthquake of April 5th, 2015 had damaged the trekking route and the bridge. The rebuilding project worth 1.27 million was completed in September as informed at a news conference by TAAN this Tuesday. Langtang is the third most popular trekking region of Nepal. TAAN believes that this will send positive message to the world that Nepal is safe to travel and with this repair and construction will improve the flow of tourist in Langtang. 100 thousand Euros was provided by the German Alpine Club for the project and another 10 percent of the remaining cost was met by TAAN.

This reconstruction project was completed in about 17 months. With this, domestic and foreign tourists in the area have increased and hotels & lodges in the Langtang area are now fully occoupied. About eight thousand tourist visited Langtang area last year and is expected to increase this year. The entire trekking route was divided into five sections and separate consumers committees were formed for the repair and reconstruction of each section. The route has been diverted at a portion between Chhunam and Ghoda Tabela. Similarly, a 32-metres long truss bridge has been constructed along the trail at Chhunam at an altitude of 2,854 metres. 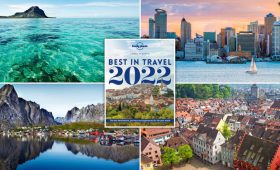 Top 10 countries to visit in 2022 by Lonely Planet 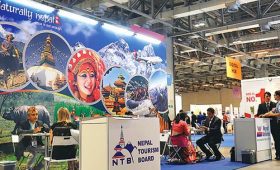