The Tibetan side of the Mount Everest Base Camp has been closed by China for those who don’t have climbing permits. This unusual move by the Chinese authorities is to deal with the escalating waste problem at the site. This means tourists can only go as far as to the monastery slightly below 5200 meters. Though more people visit the base camp from the southern side in Nepal but travelers have been rising steadily from the Chinese side as well over the past years. The base camp from the Chinese side is popular due to it’s accessibility by car while the Nepalese base camp takes almost two weeks of hike. Since the number of visitors has increased, the world’s highest peak is coping with mounting amount of rubbish for years. Most recent year’s figures shows the Chinese base camp was visited by 40,000 in 2015 whereas the Nepalese base camp was 45,000 in 2016-17.

The areas banned to visit include locations above Rongbuk Monastery (5,000m) but mountaineers with climbing permit will still be allowed to use the higher camp. The authorities also announced in January that they would limit the climbing permit each year to 300. The official announcement of closure was made in December and stated that three clean-up operations last spring had collected eight tones of waste which includes including human faeces and mountaineering equipment. This year’s clean-up will try to remove the bodies of mountaineers died at the death zone above 8,000 meters where due to cold and high altitude, bodies often remain on the mountains for years or even decades. 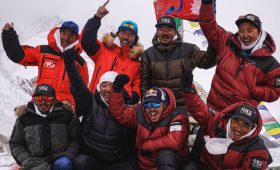 Winter summit of Mt. K2, history made by Nepali climbers 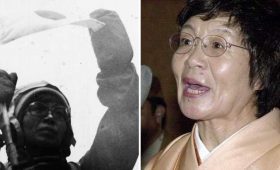 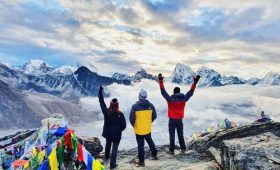