If you have a short travel duration in Nepal and planning for some memorable activity then Mount Everest flight from Kathmandu is certainly the best choice. Anyone’s looking into seeing Mt. Everest and aren’t able to trek the high Himalayas due to physical conditions then you can opt for Mount Everest flight tour from Kathmandu. Breakfree Adventures can fully arrange all for your Everest mountain flight in Nepal including providing pick-up and drop-off from your hotel/airport/hotel too.

Best time and season for Mountain flight in Nepal

Earlier morning is the best time in which mountain peaks are the glory. March, April, May, October, November, and December are considered the best months for Everest mountain flight Nepal.

The major attraction of Everest mountain flight
Everest mountain flight is a great experience in itself. During an hour flight, one can witness some of the world’s highest peaks like Mount Everest (8,848 m from 5 nautical miles close), Lhotse(8516m), Nuptse(7855m), AmaDablam (6812m), Chamlang (7319m), Makalu (8463m), Gauri Shankar (7134m), Langtang Lirung (7234m), Annapurna (8,091m), Manasalu (8,136m), Ganesh (7,429m), Kanchenjunga (8,586) and other more small peaks. Besides the great Himalayan panorama, one can also spot Tibetan Plateau, the amazing Hill range of Nepal, the Himalayan glacier, and great Himalayan rivers fed by mountain glaciers. If request your pilot will also allow you to take pictures from the cockpit.

How to book mountain flight in Nepal?
It’s as simple as booking a tour. You just need to send mail and our office team will immediately reply you back to book your Everest Mountain Flight. After booking, we shall send your e-ticket via mail or whatapp/viber which is okay to show during check-in at the airport. On the tour date, our driver shall pick you up from your hotel then take you to the airport. After the flight compilation, you will be dropped off again back to your hotel after some great memories of the flight. Since the mountain flight is in the early morning, so your breakfast is after the flight when you get back to your hotel. Usually, you will be back at around 10 am (max.) after the flight i.e. if the weather is clear. Thus, the rest of the day you can relax/rest in your hotel or should you be interested then go for sightseeing in kathmandu valley with Kathmandu City Tour. Or there are also many one day tour in kathmandu which includes 1 day hike in kathmandu, sightseeing in kathmandu city, Patan and Bhaktapur Sightseeing Tour, sightseeing in villages in kathmandu valley etc.

Below is the mount Everest flight tour from Kathmandu.

If anyone’s looking into more adventure flights then Everest helicopter tour in Nepal. This is the most adventurous activity with landing at Kalapathar (the most popular Himalayan viewpoint in Everest) from where Mt. Everest is seen at very very closer proximity. Everest Base Camp Heli Tour is the right choice for this adventure. Besides there are also several other exciting helicopter tours in nepal like Annapurna Base Camp Heli Tour Upper Mustang by Helicopter Langtang Heli Tour Muktinath Darshan by Helicopter as per travelers choice and interest.

Below is the panoramic Himalayan view including of Mt. Everest during Everest helicopter tours. 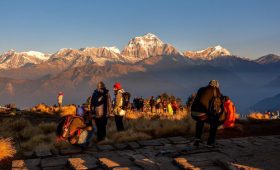 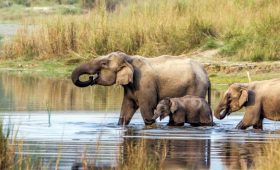 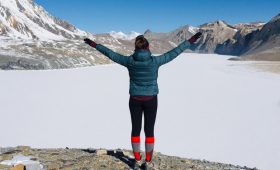