New Zealander Hillary and his Sherpa guide Tenzing had successfully scaled the 8,848 metre peak Everest on May 29, 1953 that helped to open Nepal for the international visitors.

Speaking on the occasion, Nepalese Tourism Minister Kripasur Sherpa appealed to international visitors to come to Nepal as the country has many safe and beautiful places including cultural heritage sites and trekking trails despite of the devastating earthquake of April 25.

Only 15 per cent of the heritage sites and tourist spots were either damaged or affected by the earthquake, he said.

He asked the private sector to join hands with the government to rebuild and reconstruct cultural treasures, heritage sites and historical places damaged by the disaster.

The government will soon bring out plans and strategies as well as allocate budget for the reconstruction works, he said.

Last month, when central and North-west Nepal was hit by the devastating earthquakes, an avalanche triggered by the quake killed 18 people including 5 foreign climbers in the Everest base camp bringing all the activities related to the expedition to a halt.

The snow is melting in the Himalayas and the glacial lakes are bursting due to impacts of climate change and global warming, said Ang Tshering Sherpa, President of Nepal Mountaineering Association.

As the routes were unstable due to a series of avalanche it is not safe to prepare for the climbing, he added.

Last year the Sherpas refused to rebuild the route after the avalanche hit the base camp.

Each year, thousands of foreign climbers attempt to conquer the Nepals majestic mountain peaks which provides employment opportunities to the Sherpas, who live in the mountain region and also helps the government to earn millions of dollars in the form of royalty.

Nepal Tourism Board has appointed 19 goodwill ambassadors to promote its ailing tourism sector.

Those who were appointed as goodwill ambassadors include Peter Hillary, son of Edmund Hillary, Jamling Tenzing, son of Tenzing Sherpa, Junko Tabei, the first women Everest Summiteer from Japan and Reinhold Mesner, Italy, who climbed the Everest without oxygen for the first time. 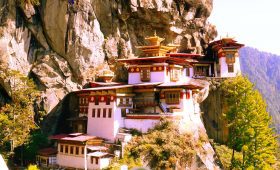 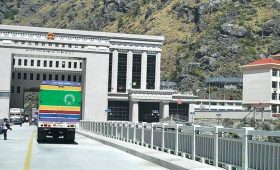