Visiting British Prince Harry has decided to extend his stay in Nepal for six more days. He was scheduled to leave Nepal on Thursday.

In his speech before wrapping up his official tour of Nepal, Prince Harry announced hell be staying in the country for the next week to work on an earthquake relief project. “The people I have met and the beauty of this country make it very hard to leave. Thankfully however, Im not leaving just yet,” he said in his speech.

“I really hope that everyone who took an interest in the tour can see Nepal is a country you really have to come and visit,” the British Prince said in a twitter post of Kensington Palace. “But most of all you have to come to meet the Nepali people. Ive rarely in my life felt so welcomed as I have over the last few days.”

“You have to come and see world heritage sites like Patan Durbar Square and be inspired by Nepals history. You have to come to see beautiful Bardia National Park. The work there is an example of how the conservation battle can be won,” said the British Prince during a programme at British Embassy in Kathmandu.

Prince Harry will be spending the next 6 days with Team Rubicon UK working with the community to rebuild a school damaged by the earthquake. He will camp with a group of volunteers in a remote village in Central Nepal. 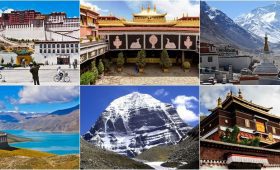 No Entrance fees for top Tibetan attractions till April end