Speaking at a press meet organized at TAAN Secretariat in Maligaun, TAAN officials said preparations for the festival were at the final stage.

The program will begin with a cultural procession from Sanchayakosh Building. The procession will pass through different thoroughfares in Thamel before culminating into a formal program at Tridevi Marg.

Traditional dances like Syabru (Sherpa), Maruni (Gurung) and Tamang (Selo) will be performed on the occasion. Ganesh Himal Tourism Development Committee will organize a special ‘Mhendo La’ Dance in Thamel. There will also be food stalls showcasing traditional cuisines of Sherpa, Gurung and Tamang communities, among others.

“By organizing the festival in Thamel, we want to press the authorities not to limit night activities in Thamel to say 10 pm. As a tourist hotspot, Thamel should operate round the clock,” TAAN General Secretary Sagar Pandey said.

Similarly, festival coordinator Kul Bahadur Gurung, who is also the second vice president of TAAN, said TAAN will give continuity to the festival based on response from the participants.

TAAN plans to organize the festival every year on February 17 to promote it as a cultural tourism product. 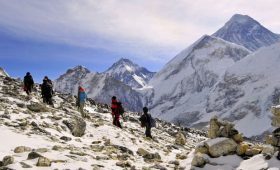 Trekking in Nepal on Covid-19 pandemic 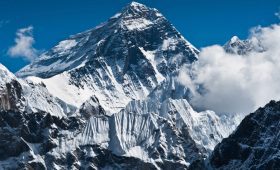