Recently at the Annapurna Base camp area four hotels have been damaged due to heavy snowfall. Trekkers aren’t allowed to go beyond Chhomrung by the ACAP check post but anyone insists then the check post is signing a letter stating ‘we are trekking at our own risk’. Machhapuchre Base Camp hotels are safe but there’s no people around. Two hotels at Deurali are also damaged and only one hotel at Dovan and Bamboo are open. There are still chances of avalanches en-route MBC from Deurali. Please be alert if you trekking in these areas but further if weather becomes clear, then ABC will soon re-open within 10-15 days time. However, Mardi Himal trek which was closed due to heavy snow fall is now open since one week. As per ACAP check post, it began operation from today though the routes of Manang-Tilicho, Manang-Narphu, Pisang, Manang-Thorong pass are still put on high alert. 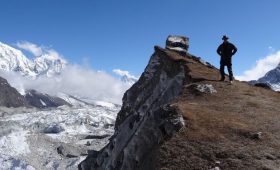 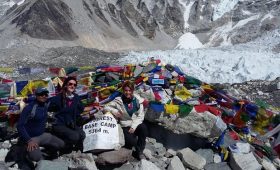 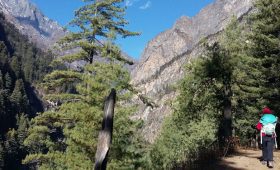