Bhutan Tibet Tour is a tour package of the combo kind, in which, you get to sightseeing in two countries, Bhutan and Tibet for a period of nine days, wherein Bhutan, you are taken to the cities of Paro, Thimphu and Punakha on a religious cultural tour to places worthy of note, and wherein Tibet to the capital city, Lhasa. You are connected between the two countries by flying into Nepal from Bhutan and then flown over to Lhasa in Tibet.

Bhutan and Tibet, where this Bhutan Tibet Tour happens, are countries in close proximity, share somewhat of the same culture and have had contact from ancient times. In fact, both countries follow the Buddhist religions. It is from this, that much of their cultures evolve and are showcased in the sightseeing tours that you make of them. Bhutan happens to be in the Himalayan Range entirely, whereas Tibet a high table land of the cold desolated kind called plateaus. Though both have the somewhat isolated condition, this isolation has not deterred them from creating some of the most creative architectures of the thousands of years in Palaces as in the case of Tibet, Monasteries, Shrines, Temples and fortresses (wherein both of them they go by the names of Dzongs) and (temples as Lakhangs). Depending on the terrain in which they lie, the architecture in both countries, use the natural environment to integrate them into the landscape as is in the case of the Taktsang Monastery, which defies all logic of building in Bhutan and the Sera Monastery so called all because the background mountains are called sera which means wild roses. These are some of which you will confront while on the Bhutan Tibet Tour besides other elements of it.

A Tour of such kind as the Bhutan Tibet Tour has much to give you in ways of culture, tradition and the social order in which the people of this country live. The tour to Bhutan and Tibet first takes you to Bhutan, where you land at this Himalayan Dragon Kingdom’s only International Airport at Paro which requires only pilots trained for making this landing, which you do so aboard their International Carriers Druk Air and Bhutan International to a dramatic but safe landing. Thereafter you are taken sightseeing to one place after another in a matter of three days to the tiny capital called Thimphu in love valley with sites such as Dzongs, Monasteries, Shrines and temples which would also be the same in the other two cities, Paro and Punakha, the old capital of Bhutan. The climax of the tour in Bhutan comes to a head when you pay the Taktsang Monastery, the day before you leave Bhutan to Kathmandu for you corresponding flight to Lhasa. The flight itself takes you along the Himalayan Mountains over lush green hills below, past snow-capped, most of which are higher than 8,000 meters and Everest the highest among them in the world. Then, onto cross over them in your flight to Lhasa, Tibet with its desolated Plateau Landscape. In Lhasa, Tibet, the Bhutan Tibet Tour takes on a sightseeing spree for two days to places such as the Potala Palace, the summer place of the Dalai Lama, the Norbulinka Palace, the winter palace again of the Dalai Lama, the Jokhang Lakhang (temple), the Sera Monastery, the Bakhor Street market and other places of cultural worth and note. So much so when you return, to whatever you do, you will be left with vivid memories and the photos of your tour to Bhutan and Tibet.

Why don’t we fly directly from Bhutan to Lhasa?
Sorry, Bhutan only uses its own planes for international flights into and out of the country. Plus Bhutan, though they share somewhat of the same history from the ancient times. The two countries have always been at odds with each other and have no diplomatic connections whatsoever. All transaction such as flights from both, have to be made via Nepal or in case, any other country. The cheapest option is via Nepal.

Today, you arrive in Paro in Bhutan, the flight by Druk Air takes you over some of the most breath-taking terrain of the Himalayas, with rolling green hills below, and the high Snow-capped Mountain peaks to the north. You then land in the Lush green valley at Paro. Here you will be met by the tour guiding staff, whom will take you to town for lunch.
-After lunch, you will be driven to Thimphu in an hour's drive for your sightseeing
-In Thimphu, we first visit Buddha's point, to the largest statue of Buddha, overlooking the Thimphu City.
-Then it is to the King's Memorial Choten, built in memory of the Late King.
-Then it is Tashichho Dzong, a fortress, now used as an administrative, block, temples, and monastery.
-Then it is Farmer's market and Folk Heritage Museum set in a 300 year old house.

After completing breakfast, we drive to Punakha via the Dochula Pass at 3,140 metres, from where we get a majestic view of the High Eastern Himalayan Mountains on a clear day.
On the way, we stop and take a short hike to Chimi Lakhang (temple) dedicated to Drukpa Kunley, which is the temple of fertility.

After breakfast, we drive back to Paro, and do some sightseeing.
-Rinpung Dzong Monastery, Fortress on a Heap of Jewels - this fortress has protect the country from number of invasions in the past.
-Airport View Point - to see the stunning lands and the far end of the Paro Valley.

Today, we take a short drive to the base of Taktsang Monastery and make a two hour hike to the Taktsang Monastery, also called the Tiger's Nest Monastery. It is a monastery which is nearly three thousand metres high above sea level built against the walls of a cliff. It is believed that the Guru Rinpoche flew on the back of a tigress to meditate here for three months. It is one of the most famous monasteries for it architecture.

Day 5 :
Paro to Kathmandu by Plane

You Bhutan section of the tour is over, you will be transferred to the airport for your flight to Kathmandu. In Kathmandu, you will be taken to your hotel for the night's stay for the next day's connecting flight to Lhasa

Day 6 :
Kathmandu to Lhasa by Plane

Today, you will be taken to the international airport in Kathmandu for your flight onto Lhasa, which takes you over some off the most breathing terrain of the Himalayan mountains covered with snow and then the high altitude desolate Tibetan Plateau to land at the International Airport in Lhasa. Here you will be welcomed by your guides and taken to you hotel for your stay in Lhasa. You rest the remaining time.

On the first day in Lhasa, you will be taken for the whole day. We start right after breakfast, where first begin by the Potala Palace, which is atop a hill and was first built King Songtsen Gompo and added to its magnificent by successive kings and Dalai to its refineries’. Then, we pay a visit to Norbulinka and Ramoche Monastery. Norbulinka means Treasure Park and is thought to be the largest man made garden in Tibet. Whereas the Ramche Monastery was first built in the 7th century by Hand architecture of China. We are then transferred by to our hotel.

Completing breakfast, we continue seeing other places in Lhasa. We begin by going to Sera Monastery, we means wild roses in Tibetan. It is a Monastery 5 Km to the north of Lhasa with a vast complex of a main assemble hall and three universities which has a capacity to house 4 to 5 thousand monks. Next we go to Jokhang Temple that is in the heart of Lhasa and has the most precious item, a golden Shakyamuni gifted by the Chinese Princess Wen Cheng on her wedding to King Songtsen Gompo. Eventually we go to Barkhor Market to check out what bargains of religious and culture items we might get of the culture of Tibet here. We then return to our hotel for the night.

Now that your Tibet section of the tour is complete, you will be taken to the airport and bid farewell for your outbound flight to your next destination accordingly.

At Breakfree Adventures, we hope that you had a fabulous time in this two in one tour package, where we as your tour operator guide, take your comfort and security into consideration. 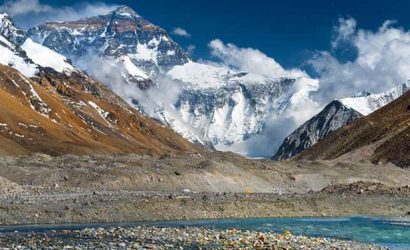 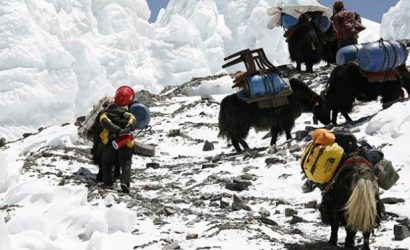 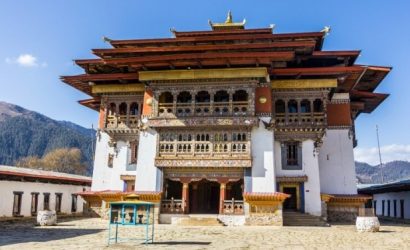 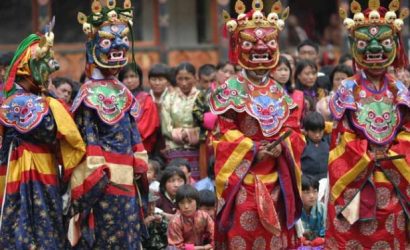 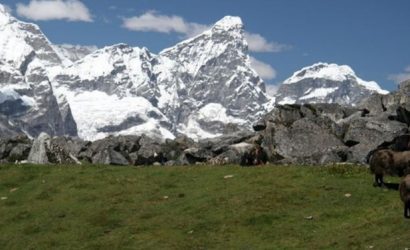 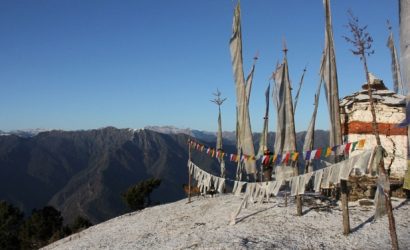