Mani Rimdu is the festival which is celebrated at Tengboche, Thame and Chiwang monasteries in the Khumbu region. The festival is a religious function and series of events of empowerment. The festival goes around for nineteen days of celebration allowing three days of public festival. All the Sherpa community gathers and celebrates this festival. Lamas ‘high priests’ and the local Sherpa community comes to the monastery for five days and pray and celebrate the festival for the welfare of the world. The festival is supposed to conquer the demons and virtuous being rewarded. Monks wear decorated masks and costumes perform a series of ritualistic dances. The primary first days of the festival involves prayers with the second day being the colorful Lama dancing wearing brocade gown and beautifully painted paper masks. The last day is concluded with some humorous dances and chanting prayers. The festival is attended by hundreds of locals including tourists. The trek begins from Lukla after flying out from Kathmandu and all the way to Namche Bazaar, then finally at Tengboche where the festival is celebrated. It is nice opportunity for trekking in the Khumbu region and experiencing the Sherpa culture and tradition along with witnessing great Himalayan views of the world’s tallest mountains.

Today, you reach Kathmandu by flight. A representative from Breakfree Adventures will be waiting to welcome you at the Tribhuwan International Airport, also known as Kathmandu Airport. He/she will then take you by private vehicle to your home away from home. If you have any time left, you can either use it to freshen up and then haunt the vicinity of your hotel to see what new. You stay the night at that hotel.

Today being your first full day in the country, you are taken on a sightseeing tour of the city to get a feel of what the country might be like from its history. You are namely taken to four historical UNESCO World Heritage Sites called Kathmandu Durbar Square; the old city square with it place, Pashupathinath Temple; a temple built in the fifth century AD to honour Lord Shiva, Swayambhunath temple; which is atop a hill dedicate to Buddhism and associated with the myths of the creation of the valley, and to Baudhanath Stupa; a stupa very important to the Buddhist faithful.
In the evening, a discussion will be held with you regarding your forthcoming trek about all that you should know about it with a representative from the company.

Early in the morning, drive to the domestic airport in Kathmandu for the flight to Lukla. It’s a scenic flight of about 40 minutes with the most amazing natural and mountain views from the airplane window. Upon landing at the small airstrip at Lukla, trek towards Phakding after lunch. Phakding is reached before sunset where there’s a plenty of time to explore around. Overnight at Lodge.

Trek begins with the trail crosses a suspension bridge on the Dudh Koshi River to Namche Bazaar. En-route cross the Sagarmatha National Park with varieties of floras & faunas. Soon, the trail descends towards Jorsalle village crossing the Bhote Koshi River through a suspension bridge. Then reaches Namche Bazaar before sunset, the main trading town and also the gateway to Everest. Overnight at Lodge.

Today is for acclimatizing and it’s very important to get acclimatize on high altitude treks. The whole day is spent to get used to the altitude and high altitude environment. After lunch, go for a short hike to the Everest View Hotel from where spectacular panorama of Mt. Everest including other peaks of Khumbu. Overnight at Lodge.

After breakfast, start the trek to Tengboche crossing different forests where the trail offers great views of peaks like Everest, Nuptse, AmaDablam, Thamserku, Kwangde. Upon reaching Tengboche, pay a visit to the Tengboche Monastery which is one of the famous monasteries in the region. It is located in at great place with magnificent panorama. Overnight at Lodge.

The following two days involve witnessing the Mani Rimdu Festival and exploring around the Tengboche Monastery. Overnight at Lodge.

After breakfast, trace the same route back from Tengboche and hike towards Namche Bazaar. Upon arrival at Namche, check-in lodge and the rest of the time is free to explore around Namche. Overnight at Lodge.

The final day of the trek and it’s relatively an easy walk today towards Lukla. Overnight at Lodge.

Day 10 :
Fly back to Kathmandu

Early in the morning, fly back to Kathmandu. Upon arrival at the domestic airport, transfer to your hotel. PM: Free/At leisure or relax in your hotel after the exhilarating trek of the Khumbu region. Overnight at Lodge.

Day 11 :
Transfer to the Airport for your onward destination

As per your flight timings, you will be escorted by one of the representatives of Breakfree Adventures to the international terminal at the Tribhuvan International Airport approximately three hours before your flight schedule from your hotel in Kathmandu. A day to bid farewell to the glorious country situated in the South Asia. While waiting for your flight, you can make plans to venture other destinations of the majestic country in near future.

We hope you had a lovely time with us. Breakfree Adventures would be obliged to be your travel partner during your next adventure in Nepal. Have a safe flight back home!

Setting up of the Sand Mandala
Sand Mandala is set up step by step where colored sand is used to build complicated and symbolic designs. Such Sand Mandalas takes several days to complete. Defensive blades symbolizes that deities are being placed around the Mandala. The bowl of Mani Rilwu pills (Spiritual Medicine) are placed above the centre. The Mandala symbolizes the palace of Garwang Thoze Chenpo (Lord of the Dance). Creation of the Buddha of Kindness, the main idol of Mani Rimdu. During the weeks of ceremony before the public festival the monks will repeat the mantra “OM AH HUNG RHI, OM MANI PADME HUMG” thousands of times. During meditation, they imagine kindness flowing in the form of the mantra, into the Mandala and the Mani Rilwu pills. Kindness then releases out from the Mandala, blessing all those who attend the Mani Rimdu festival.

Wong (The Empowerment)
The Wong is the opening day of the public ceremony performed on the full moon day of the 10th month in the Tibetan lunar calendar. The sacred Mani Rilwu (sacred or blessed pills) and Tshereel (pills for long life) are passed to everyone attending the festival.

Chham (The Dances)
The dances take place on the second day when symbolic demons are conquered, chased away or transformed for the protection of Dharma. The theme of the dance is the positive forces fighting with those of disorder. The dances convey Buddhist teaching on many levels from the simplest to the most philosophical. During the dance the monks are believed to become divine being. Mani Rimdu is the only festival during when these dances are performed and considered to be very sacred and not for any ordinary entertainment.

Ser-Kyem
Ser-Kyem is generally used to make tea offerings to Dharma guards such as Mahakala. It has two pieces: a larger raised dish-shaped bowl and a smaller raised offering bowl. Upright position is the smaller one placed on the larger dish when the offering is being made. This offering of spiritual nectar is made in many ceremonies. The six dancers represent Ngag-pa, Tantric magicians.

The Fire Puja (Jinsak)
Day after the dances, the Fire Puja is performed in the yard. The Fire Puja is an offering to Agni (the god of fire), and to the Gods of the Mandala – to allay all harm in the world. The harm is visualized as dissolving into the grain and butter is burned. Eventually, the sand Mandalas are pulled into pieces and the sand given to the serpent gods (Nagas) as an offering.

Chhingpa
The next dance illustrates the Four Protecting Ghings, defending the Buddhist faith against attack by demons. The dancer’s face is hidden by shining paper masks each with different colors and disclosing a constant smile. The dancers are rhythmically guided by the beating of cymbals. The Dakini dance is performed genially with slow motion dance steps and keeping the perfect timing with the soft tinkle and slow beats of the bells and drums performed by five young priests. Without masks the dancers portray female spiritual figures, the partners of Padmasambhava. It’s believed they come from his pure land of Shangdok Palri where they live within his Mandala. 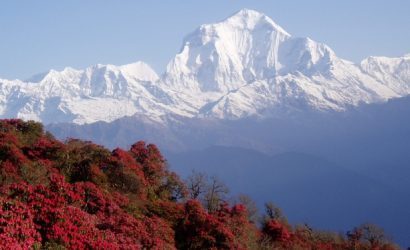 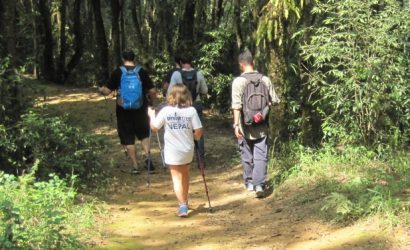 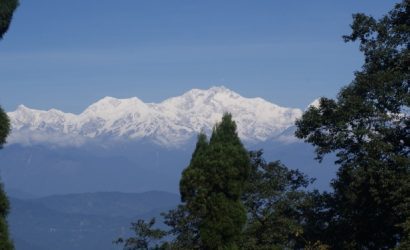 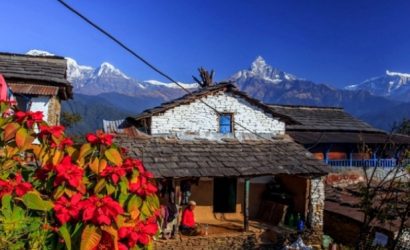 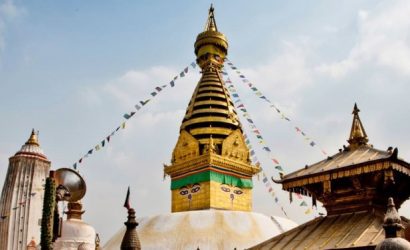 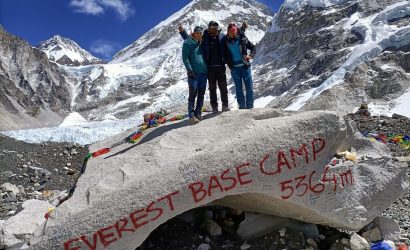