Pikey Peak Trek is a trek that you take in this package to the top of Pikey Peak in seven days plus your two days stay in Kathmandu. Pikey Peak is a 4065 meter stunning peak in comparison to the higher mountain peaks in the region of Solokhumbu. From Pikey peak which is on the edge of the Solokhumbu region, one gets a lateral view of the snow-capped peaks of Mount Everest along with other peaks and mountains of the high-Himalayas of the north.

The trek to Pikey Peak is a short duration trek from the starting point of the trek at Dhap or Dhap Bazaar where after a 250-kilometer ride by the private vehicle you are dropped off. The journey from Kathmandu to Dhap takes you along mountainous roads which might last the whole day along some of the tortuous winds but at the same time most rewarding giving you what it is like in rural Nepal with the lush green hilltop terrain and the burlesque villages which you pass on the way.

The Pikey Peak trek route is a newly opened route which lies to the east of the Kathmandu Valley. Once you are in Dhap after the nine hour journey, you begin you trek the following morning unless you have the vitality to the next point into Midnight. The following morning, the trek to Pikey peak takes to Jhapre (2920 m) and having to cover a distance of 13 kilometers on the day’s hike. On the way, you begin sighting Everest and Nurbur Himal and pass some village Gompa of the Buddhist faithful of the region. On the next day, you hike to the base camp of Pikey Peak covering about fifteen kilometers in the bargain and the morning takes you up to the top of Pikey Peak where you spend an hour or so and then being your downward hike to Junebesi in a total of 22 kilometers. In Junebesi, you stop for the day to do some local hiking to Thuptenchholing Gompa, which was established in the early 1900s. From Junebesi, you hike down to Phalpu and then return to Kathmandu by road in a private vehicle with us.

There is much that you can gain by taking this Pikey Peak Trek. The first being, the 250 kilometer private vehicle ride to the start point of the trek in which you travel over the most tortuous roads to get to the starting point of the trek and with the view of rural Nepal of the east lying against the lap of green and the snow-capped peaks to the north with villages in burlesque slumber. Then it is the daily hikes slowly inching up along the trails to the day’s destination with rivers, lakes on the way and at times crossing over the hair rising suspension bridges over the Sunkhosi River. Then the hidden views of the mountain peaks all of the sudden appearing seemingly from nowhere but from within the break of the clouds. There the small village Monastery Gompa of Thuptenchholing with its gigantic prayer wheels and wall fresco of mystic drawings all perched on the mountain ridge. Finally, it is Pikey Peak itself which the trek is called Pikey Peak Trek, gives you the sight of your life with the snow-covered mountain peaks of not only Mt. Everest (8848m), to the north, but also Number Chuli (6959m), Thamserku (6608m), Kangtega (6685m), Khatang (6853m), Kanchenjunga (8586m), Manaslu (8163m), Dhaulagiri (8167m), Gaurishankar (7134m), Dorje Lakpa (6966m) and Langtang. This all happens in just about seven to ten days from the time you arrive in Nepal to the time you depart taking back vivid memories of this trek to Pikey Peak.

Why should take this trek?
Anyone with a short duration and would love to explore new trekking routes away from the normal ones that Nepal has to offer then this is a trek meant precisely for a person of your kind. You can do in with family and friends and getting the feel of getting to the top of a peak without having to actually climb one. Plus, it is time to see something new which most of the others in the world have not had the opportunity to do so. The stopovers are at nightly lodges like being in the Everest region as it is the being of being in the Solokhumbu region. Plus there is a side trip in it to a newly opened Gompa of rural value.

Day 1 :
Arrival at Kathmandu
On this day, you arrive in Kathmandu and you are welcomed by a staff of the company at the international airport who then takes you to your three star hotel lodging for the day. If you have any day time left in hand, you could use it to check out what Kathmandu is like.
Day 2 :
Kathmandu to Dhap Bazaar (2850 m) (7 hr drive/ 250Km)
On this day, we get to the starting point of you trek which is Dhap Bazar at 2850 metres. We go there in a private vehicle and it should take us about 7 hours to reach after covering a road distance of 250 kilometres. The roads takes us along rivers and rhododendron forest and lust valleys through a tortuous road. At Dhap Bazar, we halt the night to being hiking the following morning.
Day 3 :
Dhap Bazaar to Jhapre (2815 m) (5 hr hike/13 Km)
Today, we begin the hike to Jhapre (2815m) and covering a distance of 13 kilometres which should take us about five hours to cover. We get to Sigane first which is dusty and then it is somewhat bumpy. At Jhapre, we get our first sights of Mount Everest and Numbur Himal in the distance. Here we can visit the Gompa and Monasteries of the village. We stay the night at a lodge in Jhapr
Day 4 :
Jhapre to Pikey Peak Base Camp (3640 m) (6 hr hike/15 Km)
Today we head to the base camp of Pikey Peak (3640 m) in a six hour hike covering a distance of 15 kilometres. We walk the dusty road to Bhulbule uphill. The path from here is of a less ascend through a rhododendron forest the small village of Lhamuje. Then through winding path of pastures with yaks grazing to Pikey Peak Base Camp. Here we stay the night at a lodge.
Day 5 :
Pikey Base Camp to Pikey Peak (4065m) to Junbesi (2680m) (7 hr hike/ 22Km)
Today we head for Junbesi (2680m) but not before getting to Pikey Peak (4065m). After getting there we spend some time enjoying the mountain ranges with their snow-capped peaks to the north and the other surrounding views. Then we head along the trail to Junbesi by descending to Lamjura passing Mani Walls, prayer flags and Chortens and onto Junbesi. Here we stay the night at a Lodge.
Day 6 :
Hike to Thuptenchholing (2920m) and back (5hr hike/9 Km)
Today we stay in the area and take a 5 hour hike to the Thuptenchholing Gompa where we see wall frescos, a large prayer wheel and others at the Monastery Gompa. We also get other views of the mountains and valley below. We then return Junbesi and stay the night at a lodge.
Day 7 :
Junbesi to Phalpu (2380m) (5 hr hike/ 5Km)
Today we hike to Phalpu (2380m) in a 5 hour hike covering a distance of 5Km. We walk along the dusty trail till we reach the Junbesi Khola and cross a long suspension bridge over it. Then we walk through green fields and meadows and other scenes to reach Phalpu. We stop the night here at a Lodge.
Day 8 :
Phalpu to Kathmandu (35 min flight)
We take a walk to Phalpu airport and take a 35 minute scenic flight to Kathmandu. We then check into our three star lodging and spend the remaining time haunting the streets of Kathmandu. In the Evening, there will be a farewell dinner along with the staff of the company at an authentic Nepali restaurant. You stay the night at the hotel.
Day 9 :
Transfer to airport for your onward destination
Since you have completed your trip to Pikey Peak, you will not be taken to the airport three hours ahead of your flight for check in formalities, unless you have other plans in Nepal. At Breakfree Adventures, we hope that you did have a fabulous time, where we at the company take your comfort and security of high importance.

Where is Pikey Peak?

Can Pikey peak trek without guide can be done?

Pikey peak trek without guide will be difficult since the trekking trail is an off-the-beaten track and not crowded as Everest Base Camp so chances of getting lost on the way can happen. Therefore, it’s wise to take along an experienced guide who knows the area better and lead you throughout the trek.

What is the best season for Pikey peak trek package?

The best season for pikey peak trek package is September – December during autumn and February – June during spring. During these seasons weather will be great and spectacular Himalayan views. Monsoon (Jun-Aug) will be too wet for trekking with muddy and slippery trails.

Is trek to Pikey peak difficult?

The trekking trail to Pikey peak is a newly discovered trek route. The trek is into the Everest region at an altitude of 4067 meters and inhabited by Sherpa villages. trek to pikey peak is not so difficult and any person with normal physical fitness can complete this trek without much difficulties.

What is Pikey peak trek itinerary?

Pikey peak trek itinerary is first driving to Dhap Bazaar from Kathmandu which takes about 7 hours and start the trek next day passing along Jhapre, Pikey Peak Base Camp, Junbesi, Thuptenchholing , Phaphlu then fly back to Kathmandu from Phaphlu.

Will I be climbing Pikey peak?

Travel insurance for Pikey peak trekking is required since the trek into the high altitude which goes over 4000 meters. Your insurance should cover helicopter evacuation including medical expenses. Please remember the insurance policy should cover rescues over 3000 meters.

How is the accommodation on Pikey peak trek?

Accommodation on Pikey peak trek is basic mountain lodges which are known as tea houses run by local families. But they will be clean and comfortable lodges with basic facilities. Toilets often will be shared and with a common dining hall with heating system/chimneys.

What should I pack?

You should as per the season you are undertaking the trek. In winter you should take along warm clothing like dawn jacket, thermals, long sleeves etc and in spring too warm light clothing is needed since mornings and nights will be colder at higher elevations.

Is altitude sickness a risk on this trek?

Altitude sickness can occur during the Pikey peak trekking as you are hiking at the high elevations which goes over 4000 meters. But the itinerary is well planned where you slowly gain altitude and you are suggested to drink more water and walk slower so as to avoid altitude sickness.

Will I get to Pikey peak base camp?

Yes, you will hike to Pikey peak base camp which is 4065 meters above the sea-level – the highest point during the trek. Enjoy some awesome Himalayan panorama from the base camp then hike to Junbesi.

Where will I store my luggage?

You can store your luggage at your hotel without any charge and later claim it after you return back from your trek. 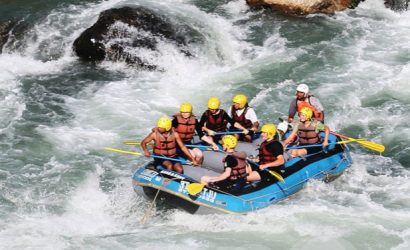 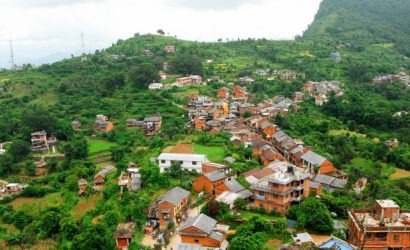 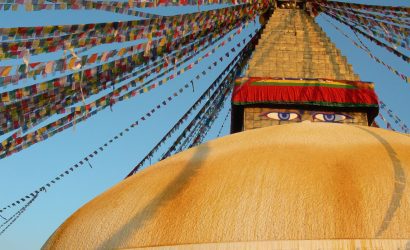 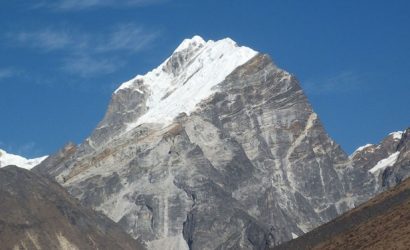 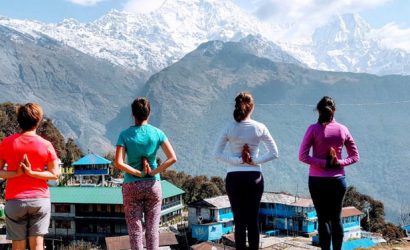 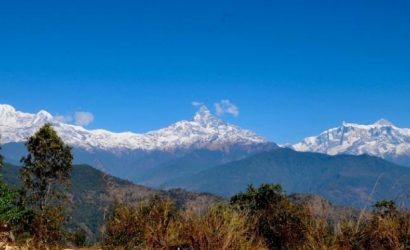