Swayambhunath ‘Monkey Temple’
Swayambhunath monkey temple is located atop a hill from where a spectacular view of the entire Kathmandu City can be seen including the surrounding mountains. Due to many monkeys residing in it’s frosted areas thus tourists popularly named it ‘Monkey Temple’. Swayambhu monkey temple is a large Buddhist stupa with two eyes of Lord Buddha at it’s each direction facing north, south, east and west. It’s believed that these eyes are watching over the valley and protecting the valley. Swayambhunath entrance fee is Rs. 200 per person.

Pashupatinath
Pashupatinath temple is the most popular Hindu temple located at the banks of Holy Bagmati River. Hindu pilgrims from all over visit the temple to pay their homage especially the Indian pilgrims. Another interesting thing about the temple is one can witness Hindu cremations at the banks of Bagmati River. Pashupatinath aarti is also an amazing event to observe which is performed in the evening. Aarti is performed by priests with lighting a ‘diyo’ chanting mantras and Hindu religious music. It’s a great ceremony to watch and perfect for good photography. Besides, there are many small temples in the Pashupatinath area and small forested hill where you can also find many monkeys. Pashupatinath entry fee is Rs. 1000 per person.

Boudhanath
Boudhanath stupa is the largest Buddhist stupa inside Kathmandu Valley. The stupa is located closer to Pashupatinath and about a 10-30 minutes drive as per the traffic condition. The structure and architecture of Boudhanath and Swayambhunath are quite similar. The only difference is Swayambhunath is located atop hill whereas Boudhanath is on lower ground. There are several Buddhist monasteries in and around the Boudhanath area. Yon can light a butter lamp and pray. There are also considerable restaurants in the Boudhanath area usually you can have a lunch break during the Kathmandu sightseeing tour. You can also observe many Buddhists circulating the stupa chanting mantras and spinning prayer wheels at the stupa wall. Boudhanath’s entrance fee is Rs. 400 per person. 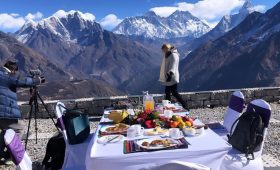 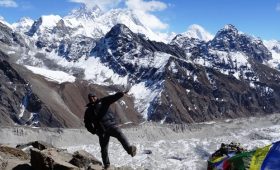 Is it worth visiting Nepal?