The world’s second-highest mountain range K2 has been climbed by Nepali mountaineers and set a new world record by becoming the first to ascent the summit. It was a team of 10 Nepali climbers. They reached the summit at 17:00 local time (12:00 GMT) as told by Mountaineer Nims dai Purja, a member of the group. This winter there were other dozen climbers who have been on the 8,611m (28,251ft) mountain this winter hoping to achieve the same feat. But unfortunately one Spanish climber after suffering a fall this weekend while descending.

Where is K2 located?
K2 is located straddling the Pakistan-China border and is part of the Karakoram Range. K2 is only 200m shorter than Mt. Everest. K2 is most challenging to climb during winter. The mountain is also referred to as ‘the savage mountain’. It’s said so since US mountaineer George Bell mentioned of his attempt in 1953: “It is a savage mountain that tries to kill you.” The notorious “bottleneck” is the mountain’s most treacherous section where eleven climbers were killed there in an avalanche in 2008.

Totaling 60 people, the Nepali climbers were initially spread across three of four competing teams – in all. Later on 10 Nepalese formed into a single group to seize this historic achievement Mr. Purja said, “We are proud to have been a part of history for humankind and to show that collaboration, teamwork and a positive mental attitude can push limits to what we feel might be possible,”.

The first attempt on the mountain was back in 1987-1988 where just a handful of winter expeditions have been attempted. None has reached higher than 7,650 meters up till now. Sherpas are considered the backbone of the Himalayas and assist climbers from around the world to climb the Himalayas. “It is wonderful that today on K2 10 Nepalese have made history and shown our bravery and strength,” added Mr. Rita, who has climbed Everest a record 24 times. 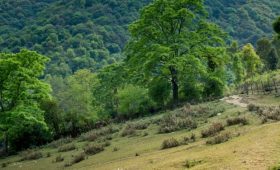 The best hiking in Kathmandu

Youngest Children to reach the Everest Base Camp